When my husband and I found out I was pregnant I hadn’t given breastfeeding much thought, just that it was something I would probably do, as I was aware it’s meant to be better for the baby and basically to me it seemed less faff than formula feeding.

At 8 weeks we went for a private scan and that’s when we were told we were expecting twins!

I still felt quite nonchalant that, all being well, if I managed to feed them myself then great. Except now I had the added incentive that it would work out much cheaper for me to breastfeed them rather than have to buy formula. But I was also, I thought, being realistic when I told people “I’ll try breastfeeding but I’m not going to beat myself up if I can’t, especially now there’s 2 of them”. When I said those things that was genuinely how I felt, however at that time I didn’t know how their arrival would make me feel about it all.

I saw a twin feeding pillow for sale locally on a selling site so went ahead and bought it. Best to be prepared for all eventualities after all! So having bought this pillow I did some research about feeding positions and tried to figure out how I could make this work. I started to feel quite determined that I would be able to tandem feed, that way it wouldn’t take me any more time than women feeding a singleton, which was appealing, especially for the night feeds.

I went in for my c section at 37 weeks with no expressed colostrum to take with me. I hadn’t asked for any advice or support about hand expressing and really struggled. However I did take my feeding pillow. Seems bulky when we already had so much to carry but I was really keen to learn how to tandem feed as soon as possible and thought it would be best whilst I had midwives and healthcare professionals around to help. This decision was definitely worth it, and I would really recommend anyone hoping to tandem feed to do the same.

So my babies arrived, and as it was a c section at 37 weeks I had been warned my milk ‘might take a little longer to come in’. The midwifery assistant that looked after me in recovery straight from theatre was brilliant. She helped me latch the boys on, except one of them wouldn’t do it. She explained they could give him a little colostrum from a syringe and that would hopefully give him the little taste he needed to encourage him to latch on for more. She asked if I felt I could hand express or was I happy for her to do it for me? I told her she could do it, and I couldn’t believe it when she told me I had loads of colostrum coming out, in no time at all she had a syringe to feed to him. Which did exactly what she had described. He took it all then latched on beautifully straight after! Because of the order of events I had fed them both, but singly, which I was more than happy with. With a cannula in my hand and being numb from the waist down I just felt so lucky to have been able to feed them both so soon after delivery.

Back on the ward the midwives and healthcare staff continued to be amazing, they helped with a latch if I looked like I was struggling, but they didn’t make me feel like they were interfering, just popping their heads in occasionally to ask how it was going. My husband stayed with us, sleeping in a chair next to the bed, having him there meant that we could work our way through being new parents and learning the breastfeeding thing together. Once the spinal block had worn off and I was helped into a chair by staff for a little while I knew I wanted to try our first tandem feed. Still buzzing from the adrenaline of finally meeting my 2 beautiful little boys and feeling empowered by the positive comments from the ward staff about how well I was doing to feed them I was more determined than ever, and I knew that I would make breastfeeding work for us.

That night with my husbands help positioning the babies on the pillow I did my first tandem feed. And I was so chuffed. I tandem fed them as much as possible from that point on. It worked and meant we had saved time so I could try and sleep more in between feeds. I was only in hospital 2 nights then we were sent on our way, as a family. New parents who made up in enthusiasm what we were lacking in knowledge or experience!

I continued with feeding my boys as I had been, setting alarms throughout the night.

I was seen by a community midwife once home. They diagnosed one of the boys with jaundice and he had lost 12.5% of his birth weight which meant they placed us on a care plan. I felt completely deflated. The midwife recommended I use top-ups after each feed to make sure he was getting enough milk, and told me to give top-ups to both boys just to make sure. I got a single manual pump initially but I didn’t get on with it at all. The pump was uncomfortable and ineffective, actually hand expressing worked better. After a tough couple of nights of trying to get enough milk to give each of the boys some top ups after feeds we were seen again by a midwife, and whilst they had put on some weight, it wasn’t enough which meant our care plan was stepped up. A call was made to the hospital and whoever the midwife spoke to recommended I use formula. This midwife asked if I wanted to do that and I really wanted to be able to produce enough milk for the boys myself so I said I’d rather not, which she was totally supportive of!

She gave me tips about breast compression’s and switch nursing to help feed a sleepy jaundice baby.

A couple of days later we were seen again, this time our little one had put on enough for the care plan not to be escalated again but hadn’t put on quite enough for it to be stepped down. This midwife gave us a measurement of how much I should be topping up, and it was more than I had been giving. It was also more than I thought I could achieve with the manual pump or hand expressing so I ordered a double electric which arrived the next day, thanks internet!

The pump revolutionised my life at that time! I was feeding the boys 3 hourly as I’d been told to, then expressing every hour in between to get the top ups for the next feed. This included through the night, so whilst the boys slept I was still setting hourly alarms to express for the top-ups. Eventually this all worked thankfully and they were putting on sufficient weight. I didn’t have many people in my support network who had breastfed in recent years or for any length of time, if I had then perhaps I would have known about on demand feeding.

Well, almost 13 months in so far we are still going strong. It has involved lots of reading about current breastfeeding research and recommendations as well as joining supportive groups just like this on social media.

My boys were exclusively breastfed until 6 months when we introduced solid food, and they have continued to breastfeed roughly the same amount so far.

On demand and tandem feeding is more than possible. There is nothing special about me, with knowledge and self-belief all women can successfully breastfeed for as long as they want. Breastfeeding has been the thing in my life that has given me the most self-doubt yet also made me fee more empowered than ever!

I have no plans to end breastfeeding anytime soon, and I hope our journey will end naturally with all of us being ready for it. 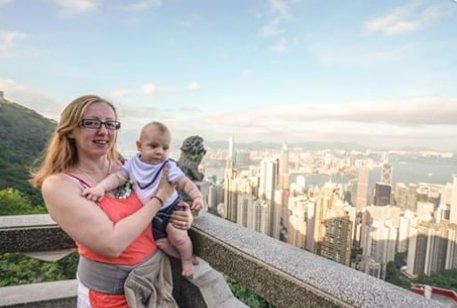 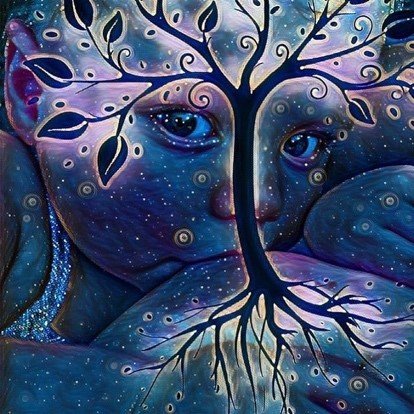